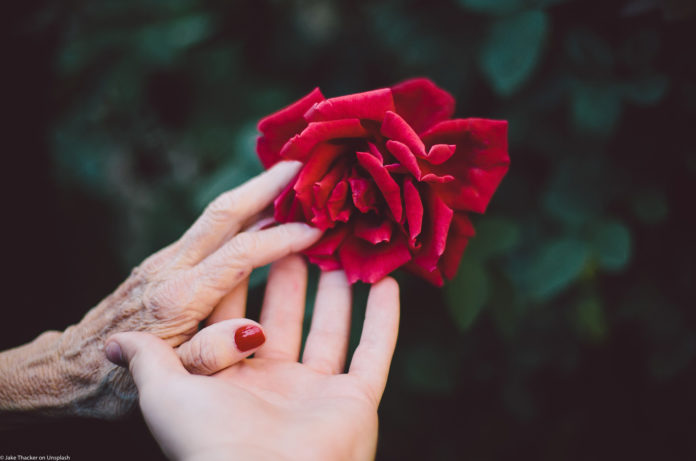 “You know,” said my therapist, leaning forward slightly, “you could see that as emotional abuse.”

Emotional abuse. The term felt right, somehow. At 29, sitting in my privately-funded psychology session, suffering from crippling anxiety, I had finally found the answer. Nothing was my fault. It was all down to my childhood.

During our weekly sessions, my therapist and I had unpicked every detail of my infancy – the time when my parents went through a rocky patch and argued loudly in the living room; the moment I was told off for something I hadn’t done. Or how, when I was bullied at school, nobody at home seemed to notice.

Blaming my upbringing for my hang-ups gave me a feeling of release. And I resolved that, when I became a mother, things would be very, very different.

Like many people before they have children, I was certain I’d do a better job than my own folks.

Of course, at the time, I didn’t know what it was like to be a parent. But – like many people before they have children – I was certain I’d do a better job than my own folks.

A decade on and with several children to my name, I can categorically say things are very different when viewed from the parent’s perspective. My husband and I don’t often argue, but we’ve had the odd humdinger in front of the kids. They’ve seen me cry, shout and sometimes be unfair. I try as much as I can to put them first, but I’ve come to the shocking realisation that parents are still people beneath the title – and we don’t always get it right.

That said, I’ve also come to realise that experiencing the ups and downs of real life need not be a bad thing for developing minds.

“The everyday challenges of family life in the context of a loving and nurturing environment build vital resilience in children and give them a realistic view of the conflicts that arise in the bigger world of school, adolescent and adult life,” agrees child psychotherapist Dr Sharie Coombes.

Raising my own children has helped me to appreciate the once-unrecognised positives of my formative years: I was always given healthy, nutritious food (having to feed five fussy little ones has taught me it’s not always that easy); I was encouraged to do well at school; there was always someone there when I came home.

Occasionally I’ll be helping my little ones into their pyjamas or reading a bedtime story, and I’m suddenly struck with a memory from my own past. It might be the stories my father made up to entertain my sister and me; the way we sometimes danced in the living room before bed; or dinners spent in fits of giggles at the table. Details that never came up during my psychoanalysis.

As a member of Generation X, I’m perhaps more aware than my parents of how childhood experiences can shape us

Perspective is everything. I can now see that the responsible parents I felt had let me down were simply youngsters in their thirties, trying their best to steer the ship on a steady course. The fact they sometimes made mistakes was not emotional abuse, but simple human error. We can have the best intentions, but it doesn’t mean they always work out.

As a member of Generation X, I am perhaps more aware than my parents were of how childhood experiences can shape or scar us. How little things easily forgotten as an adult can be buried deep in a younger psyche, laying the foundations for problems in the future.

But being more emotionally literate is not necessarily an advantage. I’m more aware than my parents of the damage I could do to my children – and rather than make me a better parent, it sometimes makes me too self-conscious. I’m too desperate to get things right, I get upset when things go wrong.

“Parents often try to be all things to their children and are harsh on themselves when they don’t live up to their own ideals. But research shows that even the most attuned caregivers get it wrong 70% of the time,” agrees Coombes.

I’m not saying my parents didn’t screw me up. When all’s said and done, perhaps their parenting was a little less than perfect. But I now believe that, like most parents, they did the best job they could.

I’ve also noticed my own children have a tendency to grab on to a single drop of negativity in a sea of positive experience. Despite a toddlerhood filled with playgrounds and painting, my daughter’s earliest enduring memory is of the time I fell down a set of concrete steps. And my son is still reluctant to bring his ball to the local lake after one was lost in the water when he was just two years old.

The nights I spent listening to my parents argue, the days I felt left out because I didn’t have the same freedoms as my friends, the moments where I felt invisible – these were brief snapshots in time, ones I chose to commit to memory.

I will continue to do the best job I can as a mum. But I know, deep down, that no matter how hard I try there will be moments when I completely and utterly fail.

I just hope that when my children are grown, they’re a little more forgiving than I used to be.

Rebecca Parsley
Ranked as one of the greatest professional wrestlers of all time, Dwayne Johnson – also known by his professional name, The Rock –... 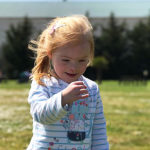 My Child Has Down Syndrome – And She’s The Best Thing To Happen To...

KinBox
My husband Stephen and I had been trying for a baby for seven or eight years, but nothing was happening. I needed a baby;... 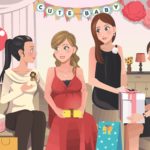 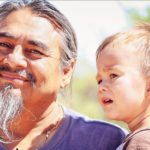 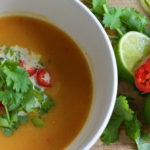 Something For The Weekend – Sunshine Soup

Kirsty North
Every parent needs what I call a ‘magic veggie’ recipe in their arsenal – something packed with vitamins and goodness but looks harmless enough...

6 Tips On How To Raise Bilingual Kids