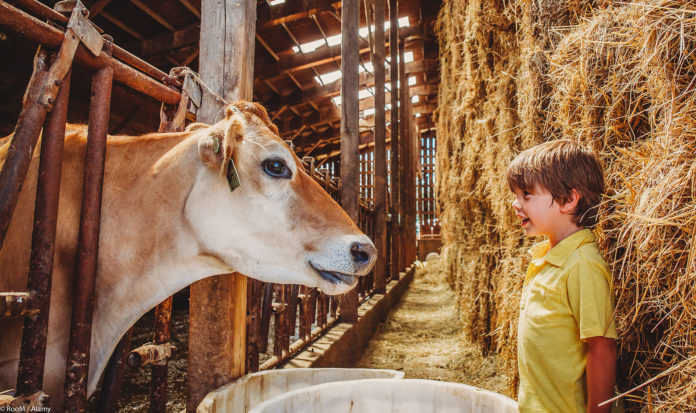 What our children eat occupies a lot of our attention as parents. Are they eating enough, or too much? How can we get them to eat more fruit and vegetables? Are they getting enough fibre? What is good for our children’s health? The questions are endless.

Statistics tell us childhood obesity is an increasing problem; in the US, in fact, it’s reached epidemic proportions with 18.5% of two to 19-year-olds now considered obese – that’s more than 12 million children. In the UK, it’s estimated a third of those aged two to 15 are officially overweight or obese.

In line with our own dieting habits, our instinct is often to switch to low-fat food items – and one of the most recognised high-fat food groups is dairy. Kids need calcium for growing bones, so we’re keen to get them to drink more milk or eat yoghurts and full-fat milk is recommended until they reach five years old – but after that making the switch is obvious, right?

Maybe not. In a study published in the American Journal of Clinical Nutrition, scientists found no significant link between dairy fats and heart disease or stroke, two of the biggest killers associated with a diet high in saturated fat. In fact, certain types of dairy fat could actually help protect against a severe stroke – so perhaps we shouldn’t be reaching for the skimmed milk after all.

Participants with higher levels of fatty acid – suggesting a greater consumption of full-fat dairy products – had a 42% lower risk of dying from a stroke.

Professor Marcia Otto, who led the study carried out at the University of Texas Health Science Center, explained: “Our findings not only support but also significantly strengthen the growing body of evidence which suggests that dairy fat, contrary to popular belief, does not increase risk of heart disease or overall mortality in older adults.

“In addition to not contributing to death, the results suggest that one fatty acid present in dairy may lower risk of death from cardiovascular disease, particularly from stroke.”

The study evaluated how multiple biomarkers of fatty acid present in dairy fat related to heart disease and mortality over a period of 22 years. The participants with higher levels of fatty acid – suggesting a greater consumption of full-fat dairy products – had a 42% lower risk of dying from a stroke.

Diets recommended by health experts tend to include fat-free or low-fat dairy products, including milk, cheese and yoghurt – but the researchers say that while they may have fewer calories, these items are often higher in added sugars and it’s that which could lead to poor heart health.

Previous findings have discovered that a single pot of yoghurt from several major brands can contain the whole daily recommended sugar allowance for a child.

Speaking to The Daily Telegraph, nutritionist Clarissa Lenherr said that stripping fat out of dairy products meant that vitamins were lost and the food was less filling.

By cutting down on sugar and processed foods rather than dairy fat, we could be protecting their health

“The fat in dairy products is what makes them satiating, and by stripping dairy products of their fat you are also reducing the amount of vitamins A and D that they contain. Both are crucial and both are fat-soluble, which means they need fat to be absorbed.”

This means that even if you choose low-fat dairy products fortified with those vitamins, your body may not absorb them as there is so little fat left.

Professor Otto said the results highlighted the need to revisit current dietary guidance on whole-fat dairy foods, which are also rich sources of vital nutrients such as calcium and potassium.

“These are essential for health, not only during childhood but throughout life,” she said.

For us as parents, it means maybe we should think again when it comes to reducing fat in our children’s diets.

None of us wants our children to be an unhealthy weight, but by cutting down on sugar and processed foods rather than dairy fat, we could be protecting their health for years to come. 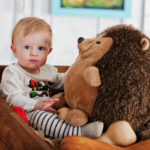 Jessica Gray
Hello all of my fellow sleep-deprived, child-chasing, carpooling, kid-fight referees! It is time for this week’s installment of...

Rebecca Parsley
When Vanellope Hope Wilkins was born, nobody really expected her to live for long. The little girl had no breastbone – her heart...

Ask The Parents – My Baby Suffers From Colic, How Can...