My name is Eugene, and I’m a divorced dad with a daughter.

We all tend to mark the years with milestones that remind us of our passage through life.

My daughter, Evie, is 12, so I know it’s been a decade since my marriage fell apart. It will be 11 years next month when Evie turns 13. I know this because I left on the week of her second birthday.

Neatly summarised in three simple sentences. But the pain and upset behind those bald statements would be harder to quantify so pithily.

I’m not going to lie. My relationship with Evie’s mother might have broadly stabilised ten years on but to say it was a little acrimonious back then would be like saying Dustin Hoffman and Meryl Streep in Kramer v Kramer just had a minor matrimonial spat.

Society is uncomfortable with single dads

The one constant throughout has been my relationship with Evie.

Although she no longer says – with a slight east London twang, influenced by local girls at the nursery she attended – “Dada – you’re the jokiest dada in the world”, ours remains a relationship based on fun, humour and enjoying each other’s company.

(She doesn’t call me Dada any longer; these days it’s simply Dad. I kind of miss Dada, if I’m honest.)

Here’s the thing, though; society is uncomfortable with single dads. There’s something dubious about them, as though their status marks them out as pariahs, or they are somehow culpable in their position.

It would be different in some ways if I were a widower.

I don’t mean I wish my ex-wife was dead – I’m actually passably fond of the old boot, though please don’t tell her I said that. It’s more that a bereaved father is described as “dignified”, “heroic” and “stoic”, while a divorced dad is seen as suspicious. He’s viewed much as Canada views the US – with a combination of intrigue and mistrust.

A divorced dad is seen as suspicious

It’s not just the self-consciousness I used to feel at the school gates when dropping off my daughter. There would be a knot of mums laughing, chatting and arranging coffee, lunch or a few glasses of wine while the “DH” (to use the ghastly terminology of Mumsnet) looked after the kids. I would approach, and leave, entirely alone.

Oh, they were perfectly affable. They’d nod, even smile, and say “How are you?” But it was in a way that implied and defined boundaries. The fact that many were good friends with my ex-wife only served further to distance me from their warm, intimate circle.

I would slope off, alone, after the bell sounded and I had waved goodbye to Evie as she filed obediently into the classroom.

As a single dad, you are forced to pick your way through the challenges of parenting pretty much alone.

Mothers receive hand-me-down wisdom from their mothers, and society seems to be structured so that the primal and primary role of the mother is both acknowledged and honoured.

Support networks, public and personal, collude in the primacy of the maternal. Mother’s Day is a three-line whip requiring cards, flowers, champagne and dinner in a restaurant.

By contrast – for all dads, not just single ones – Father’s Day is seen as a bit of a joke, derided as an invention of the greetings card industry. To quote Hamlet, it is “more honoured in the breach than in the observance”.

This prejudice against, or mistrust of, divorced single dads knows no bounds when it comes to the unrestrained ferocity of social media.

When Evie was about three, I wondered whether it was normal for us to share baths. I mean, it’s not really the sort of thing you ask a mate about when you’re down the pub, watching the football over a few pints.

I was accused of being a paedophile; an incestuous abuser; a vile and creepy man

But it was a practical challenge, since she stayed weekends with me; kids need baths, and she always wanted me to share with her, as she did with her mum at their house. Another single-dad dilemma.

I went onto an internet forum devoted to parenting, frequented almost exclusively by middle-aged women. What the hell was I thinking? You might well ask. But in my naivety I dived in and asked the question.

A couple of hours later, I was taken aback to see I had more than 100 emails with the same subject heading: “Re: Your Post: Bathing with My Daughter”.

I read each one with growing horror. I was accused of being a paedophile; an incestuous abuser; a vile and creepy man. Some wondered whether I could be identified so the police and social services could be alerted. Eventually, a moderator intervened to say that due to libellous posts, comments were no longer being accepted on this thread.

My mate happened to be over that day. A stay-at-home father to two girls, he is both practical and of sound judgement.

His advice was simple and came in two segments.

The first was straightforward. “I shared baths with my two till they decided they wanted their own privacy. I think they were about seven. You’ll know when it’s time to stop; Evie will say she’d rather have a bath on her own. It’s different with every child; just be sensitive to what she wants.”

And his second piece of advice? “Never ask for advice from strangers on the internet. They’re bloody weirdos.”

Indeed. There were other incidents over the years with similar vile insinuations; you can fill in the blanks yourselves.

So, what’s my point? Simply this. It is a powerful tool to accuse the father of a daughter of such vileness; the troll knows its potency, its power to wound.

It goes back to my previous points about divorced dads being, at best, viewed as less of a parent. At worst, they are ostracised, attacked and abused.

I could be wrong, but I’m convinced this sort of abuse would not happen with a single mum and her son. I’m lucky; I see plenty of my daughter. Every Wednesday, she comes to stay, and every other weekend and half the holidays. Add in four or five overseas trips each year, and I arguably spend more time with my daughter than many overworked dads still in marriages do with theirs.

In fact, just last night I was out with an old pal. He’s hardworking, with a lucrative job in the media, married with two lads of ten and 12. As we discussed this piece, he said, “It’s not just single dads, Euge. My other half does all the fun stuff – I get to see them briefly before bedtime, I have to do any ‘bad cop’ duties and I always take them swimming on Saturday and Sunday mornings so the missus can have a lie-in. Where are my bloody lie-ins? The only time they’re especially nice is when I get my wallet out and hand over some dosh.”

When I’m with Evie, I have her undiluted attention and company

He added, with evident but gruff affection: “Annoying little bastards.”

Yes, I’m lucky. When I’m with Evie, I have her undiluted attention and company. So far this year we’ve been to Oslo, and Olhão in the Algarve; next month we have the Tet Valley in the Pyrenées to look forward to. She is certainly better travelled than her friends whose parents remain together.

And we laugh. A lot. I’m not going to claim we’re more like friends than father and daughter; that’s a pet hate of mine. “They’re not meant to be your friends,” I want to say to those who do. “They’re your children, for Christ’s sake.”

But yes, we have a lot of fun.

I sometimes save our exchanges and share them with friends and family. Here are two from last week:

Evie: “Have you got your keys?”

Evie (holding the door ajar): “Show me them.”

Evie: “Have you got your wallet?”

Evie: “I know, right? That’s what *everyone* asks, not being funny.”

Evie (sprawled in the armchair, headphones on): “Go and do another article, Dad.”

Me: “One on the new data protection laws. And one on management tips about awkward conversations with staff.”

Evie: “”You should be good at that, you’ve been on the receiving end of *quite* a few, know what I mean?”

Me: “Something about tips for social workers.”

Evie: “Nothing could be as boring as the one you did a while back about some factory in Glasgow, to be fair.”

Me: “Perhaps I should become a war reporter.”

Evie: “You’d be like, where’s my ensuite? Which restaurant am I dining in tonight? Have you sorted a limo to take me to the airport?”

So, for now, bear in mind that Father’s Day is not just about buying socks or DIY tools for the poor old mug married to the woman who takes care of parenting. All dads deserve a little more credit. We are a new generation, and the idea we’re unable to communicate intelligently, sensitively or emotionally with our children is ill-informed and, frankly, insulting.

And bear in mind that some of us are flying solo, trying to do the best we can without much support, social validation or recognition.

My daughter is with me this weekend. On Father’s Day, we’ll do what we do so often. We’ll go for dinner, laugh a lot, she’ll tell me what’s going on in her life and I’ll tell her what’s going on in mine. And she’ll say, as she always does, that I shouldn’t drink so much wine.

Then we’ll go home, and she’ll head off to her room while I fall asleep in front of the late-night news. On my way to bed, I’ll put my head round her door and tell her to get off her bloody iPhone and get some sleep.

She’ll give a throaty chuckle and say, “Night, Dad. Love you.” 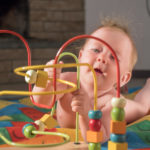 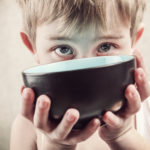 Food Poverty: Agony Of Hunger The Norm For Many Children In The UK

KinBox
Back in the year 2000, as a newly qualified sociologist fresh out of my PhD, I decided to interview my grandparents. Now aged 87...

How To Talk To Your Kids About Climate Change

Rebecca Parsley
It’s been a funny winter for weather, one of my friends said recently. She’s not wrong. My native UK has just experienced... 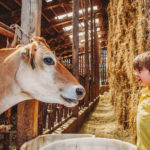 My Father, The Feminist