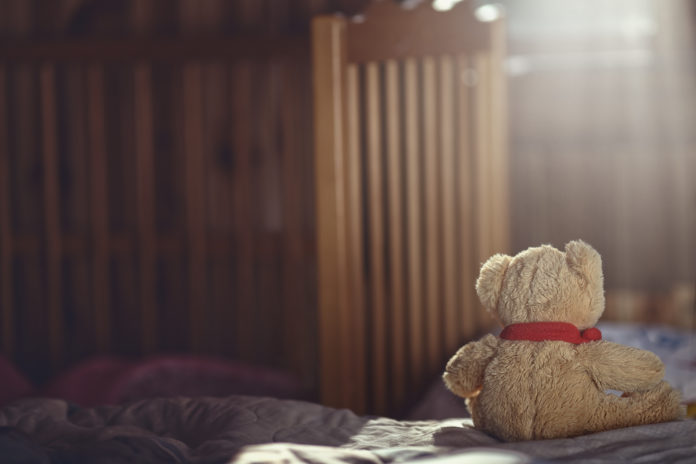 We’d been trying to conceive for two years, so when I discovered I was pregnant it was a thrilling, life-changing moment. We were on holiday in Italy at the time and my husband, Luke, and I danced around the bathroom with joy – the thought of miscarriage or anything going wrong never entered our heads.

I was on my way to starting a family – I had finally grown up.

As the days went on I became excited by the early signs of pregnancy – the metallic taste in my mouth, swelling breasts, overwhelming exhaustion. I remember lying by the pool thinking I couldn’t get up, that the baby was taking all my energy. It’s a specific tiredness you just don’t experience outside pregnancy – a forceful need to rest as the baby grows.

It felt wonderful to be harbouring a life. I was on my way to starting a family – I had finally grown up. I wrote down lists of names and confided in the friends who were sharing our holiday house. I visited the local town to buy folic acid supplements, resolving not to eat any more soft cheese.

Luke and I were newly married, and our first home wasn’t ready to move into when we returned from that holiday. We were living temporarily in a small apartment; it was sparsely furnished and nothing about it felt right.

When Luke went off on a magazine location shoot for two weeks, I retreated into a hermit-like state. During the second week, after feeling sorrowful and lonely for a couple of days, I went to a party. I drank a few glasses of wine and smoked a couple of cigarettes.

The next morning, I couldn’t help but see the darkening sky as some kind of omen.

At my 12-week scan, I lay in a darkened hospital room while the radiologist smoothed gel over my belly and moved a hand-held instrument across it. He looked back and forth at the screen a few times.

I felt fear flip and dive in my chest. Was there a heartbeat? Why was he frowning? Why didn’t he say something? Eventually, he looked up briefly. “Baby is dead,” he said. He showed us the unmoving foetus, which he explained had died around four weeks earlier. I’d been carrying our dead baby inside me for nearly a month, oblivious.

My husband began to cry, but I couldn’t speak. The radiologist only spoke a little English and made no move to comfort us. I sat up and lay down again, numb with shock. Luke took my hand. It was horrifying and terrible – we’d lost our longed-for first child. He or she was still inside me, but no longer living – a strange and difficult idea to grasp.

Outside in the cold, autumn air, I remember stopping at a zebra crossing on our way to the main hospital building. I sobbed uncontrollably, not caring who could see. Luke and I clung to each other for several minutes, unable to believe what had happened. For a moment, I felt like flinging myself in front of the oncoming traffic.

I remember wondering why there wasn’t a different waiting room for women who had just been told their baby was dead.

Then we had to sit in a room full of lucky, happily pregnant women who were waiting to see their consultants and midwives. Their babies were growing inside them with strong and healthy heartbeats. That was such a painful moment; I remember wondering why there wasn’t a different waiting room for women who had just been told their baby was dead.

The doctor explained I had to decide whether to wait for the foetus to extricate itself naturally or whether to have medical intervention. Two days later I went into labour.

I was given a sedative or a painkiller – possibly both – and then knocked out while the surgeon performed a D&C (dilation and curettage); this procedure ensures all the relevant tissue is removed from the uterus. I felt utterly defeated, being pregnant and then suddenly not. I wasn’t offered any counselling or further support.

My biggest fear was that I wouldn’t be able to conceive again.

My mother, who lives overseas, called me when I got home. Her voice was small and, unusually for her, she was crying. “It’s not fair,” she said. But after that, we were alone. We sat on the sofa night after night, not seeing anyone and with nobody else to talk to. My biggest fear was being unable to conceive again.

I didn’t know then that one in four pregnancies ends in miscarriage, with up to 75% happening in the first trimester. There’s a 15% risk of losing a baby in the first 12 weeks, rising to 20% for women aged 35-39; I was 37. I had no idea of the statistics and simply felt like a failure, a freak and a terrible person.

My dad gave us some money for a break, and we went to a health spa for a few days. It helped to be out of my home environment; back then (around 18 years ago) I wasn’t aware of any forums or counselling to help me through what had happened, and nobody told me they existed.

A doctor friend finally made me realise it wasn’t my fault. I’d spent so many nights worrying about the party I’d attended, thinking the cigarettes, the wine, my negative mood in the apartment were all to blame.

But he said most miscarriages before the 12-week point were due to a genetic abnormality. He pointed out that women hooked on heroin managed to give birth, so I shouldn’t worry about wine and a few cigarettes.

I began to tell my girlfriends what had happened, and was astonished how many of them had suffered a miscarriage too – some more than one. It began to dawn on me that perhaps it really was nothing to do with anything I had done or not done, though even to this day the guilt still sometimes passes over me like a shadow.

After a month or two in the depths of despair, I woke one morning and, after talking to Luke, decided we should try and conceive again. I began having acupuncture with a fertility expert, who prescribed weekly sessions of difficult and painful acupuncture alongside foul-tasting Chinese herbs. I visited a nutritionist who specialised in fertility; after taking samples of our hair, she devised a programme for Luke and me which included giving up alcohol and caffeine and taking certain vitamins. Within two months I was pregnant. I’ll never know whether it was the acupuncture, giving up caffeine or taking the vitamins – or all three.

Women are luckier these days – there are more resources to help if you’re unlucky enough to miscarry. In the UK, Tommy’s Charity gives advice and support for dealing with health complications, loss, premature birth and pregnancy; there are similar organisations in other countries, as well as countless internet forums such as Mumsnet.

Once you start sharing your story, you’ll find you’re not alone – and knowing that can really help. 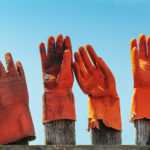 Many Hands Make Light Work – How To Keep A House Tidy

Jayne Dowle
It sometimes feels like a parent’s job is never done. But take heart, there are ways to share the load. The first step is...