According to the grit narrative, children in the United States are lazy, entitled and unprepared to compete in the global economy. Schools have contributed to the problem by neglecting socio-emotional skills.

The solution, then, is for schools to impart the dispositions that enable American children to succeed in college and careers. According to this story, politicians, policymakers, corporate executives and parents agree that kids need more grit.

The person who has arguably done more than anyone else to elevate the concept of grit in academic and popular conversations is Angela Duckworth, professor at the Positive Psychology Center at the University of Pennsylvania.

In her book, Grit: The Power of Passion and Perseverance, she explains the concept of grit and how people can cultivate it in themselves and others.

According to Duckworth, grit is the ability to overcome any obstacle in the pursuit of a long-term project: ‘To be gritty is to hold fast to an interesting and purposeful goal. To be gritty is to invest, day after week after year, in challenging practice.

To be gritty is to fall down seven times and rise eight.’ Duckworth names musicians, athletes, coaches, academics and business people who succeed because of grit. Her book will be a boon for policymakers who want schools to inculcate and measure grit.

There is a time and place for grit. However, praising grit as such makes no sense because it can often lead to stupid or mean behaviour. Duckworth’s book is filled with gritty people doing things that they, perhaps, shouldn’t.

Take Martin Seligman, the founder of positive psychology and Duckworth’s graduate school mentor. In a 1967 article, Seligman and his co-author describe a series of experiments on dogs.  The first day, the dogs are placed in a harness and administered electrical shocks.

One group can stop the shocks if they press their nose against a panel, and the other group cannot. The next day, all of the dogs are placed in a shuttle box and again administered shocks that the dogs can stop by jumping over a barrier.

Duckworth reflects upon this story and her own challenges in a college course in neurobiology. She decides that she passed the course because she would ‘be like the few dogs who, despite recent memories of uncontrollable pain, held fast to hope’. Duckworth would be like one of the dogs that got up and kept fighting.

At no point, however, does Duckworth express concern that many of the animals in Seligman’s study died or became ill shortly thereafter. Nor does she note that the CIA may have employed the theory of ‘learned helplessness’ to perform enhanced interrogation, regardless of Seligman’s stated opposition to torture.

Duckworth acknowledges the possibility that there might be ‘grit villains’ but dismisses this concern because ‘there are many more gritty heroes’. There is no reason to assume this, and it oversimplifies the moral universe to maintain that one has to be a ‘grit villain’ to thoughtlessly harm people.

Carroll has created a culture of grit where assistant coaches chant: ‘No whining. No complaining. No excuses.’ She also commends Seahawk defensive back Earl Thomas for playing with ‘marvellous intensity’.

Duckworth has apparently not read any of the articles or seen any of the movies or television programmes detailing the long-term harm caused by playing professional football.

President Barack Obama, among others, has said that he would not want a son, if he had one, to play football. Duckworth might have talked with football players who suffer from traumatic brain injuries.

Another role model, for Duckworth, is Jamie Dimon, the CEO of JPMorgan Chase. Dimon’s alma mater prep school has the motto of ‘grytte’, and Duckworth attributes JPMorgan Chase’s success to the grit of its leader: ‘In the 2008 financial crisis, Jamie steered his bank to safety, and while other banks collapsed entirely, JPMorgan Chase somehow turned a $5 billion profit.’

There is no basis for the word ‘somehow’ in this sentence. The Troubled Asset Relief Program provided JP Morgan Chase with $25 billion in 2008. In general, neither Duckworth nor the protagonists in her book dwell upon the political conditions that enable or thwart individual success.

Duckworth gives many more troublesome examples. The CEO of Cinnabon who never reflects on how she contributes to the obesity epidemic in the US. The Spelling Bee champs who don’t love to read.

The West Point cadets who have to endure a borderline-hazing initiation rite called Beast.

Why don’t these people ever stop to think about what they are doing? We should not celebrate the fact that ‘paragons of grit don’t swap compasses’, as Duckworth puts it in her book.

That might signal a moral failing on their part. The opposite of grit, often enough, is thinking, wondering, asking questions, and refusing to push a boulder up a hill.

Right now, many Americans want the next generation to be gritty. Already, school districts in California are using modified versions of Duckworth’s Grit Survey to hold schools and teachers accountable for how well children demonstrate ‘self-management skills’.

Duckworth herself opposes grading schools on grit because the measurement tools are unreliable. But that stance overlooks the larger problem of how a grit culture contributes to an authoritarian politics, one where leaders expect the masses to stay on task.

This is a disastrous model for education in a democracy

Democracy requires active citizens who think for themselves and, often enough, challenge authority. Consider, for example, what kind of people participated in the Boston Tea Party, the Seneca Falls Convention, the March on Washington, or the present-day test-refusal movement.

In each of these cases, ordinary people demand a say in how they are governed. Duckworth celebrates educational models such as Beast at West Point that weed out people who don’t obey orders.

That is a disastrous model for education in a democracy. US schools ought to protect dreamers, inventors, rebels, and entrepreneurs – not crush them in the name of grit. 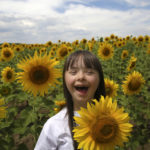 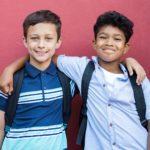