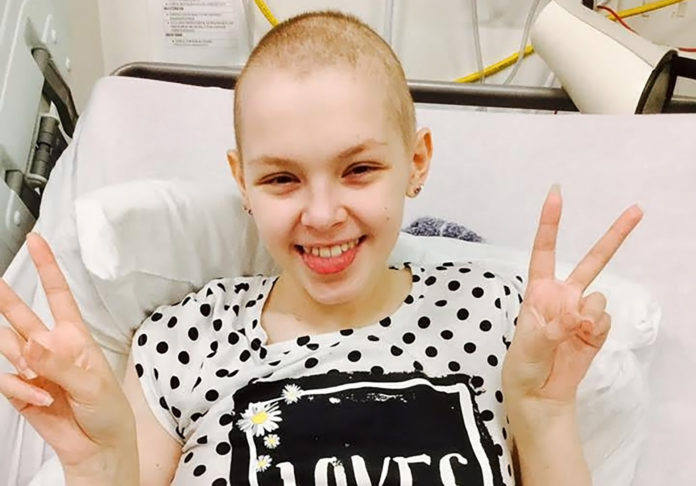 “I’m going to be a professional wrestler,” says Kira Noble with a beaming grin.

“My career choice often takes people by surprise and they don’t always see it coming.”

Though perhaps they should. After all, this 14-year-old from Scotland has undergone more than four years of cancer treatment with her smile and optimism intact.

It’s hard to endure at any age, but there’s something particularly poignant about someone so young carrying this burden of illness for so many years.

The shock of the diagnosis. The hardest moments of the treatment. The weakness, hair-loss and exhausting side effects. All are completely hostile to the energy and excitement of youth, the desire to embrace life.

Now, at last, Kira can dare to dream of a normal life as she recuperates from pioneering surgery – the result of a fundraising drive to get her to the United States.

She was just 11 and had suffered from abdominal pain for months when doctors diagnosed neuroblastoma.

For 15 months she fought cancer, enduring chemotherapy, surgery and radiotherapy. She went into remission in October 2015 – but it returned in early 2016. After further treatment, she went into remission again. Then a routine scan last year showed the tumour was growing once more. Kira had more chemotherapy and then surgery in January, but some of the tumour remained.

Her parents, Aud and Ronnie, helped by the charity Solving Kids’ Cancer, tirelessly researched possible treatments. They discovered a surgeon specialising in the complex and costly treatment Kira needed, based in New York’s Memorial Sloan Kettering Cancer Center. The estimated cost for him to treat Kira was £340,000.

“I’d have done anything to help my child,” says Aud. “We asked the surgeon to review Kira’s case and that was nerve-wracking. The hardest time was waiting to see if he believed Kira’s tumour to be resectable, which means completely removed. When he said he would do the operation and believed the tumour was operable, we were absolutely elated. Words can’t describe our relief. That’s when the nerves turned to excitement.”

There was the issue of the huge costs involved in getting Kira to New York, but her parents never hesitated. Kira doesn’t like to be described as brave as that suggests choice; she says there is absolutely no choice in having to fight cancer three times by the age of 14. However, she has clearly inherited her determination and optimism from her parents, who immediately started a fundraising Urgent Appeal through Solving Kids’ Cancer.

Family, friends and the local community did everything from bag-packing to barbecuing to raise money. Even complete strangers reached for their wallets.

Kira is now recognised in the street, in shopping centres and supermarkets

By the time Aud and Kira boarded their flight on May 21, the appeal total stood at £453,826 and continued to rise. Kira’s plight captured everyone’s imaginations to the extent that she has become public property. Her family is hugely grateful as to how that has helped fund her treatment.

“Kira is now recognised in the street, in shopping centres and supermarkets,” says Aud.
“People come up to her to chat, congratulate our family on the appeal, hug her and say words of encouragement. We absolutely needed the media to help launch our appeal which thrust her into being a household name.”

“She’s had no choice other than to get back in that ring and fight, but she does that with grace, dignity and determination. I think that’s what people have taken to their hearts – her steely determination and non-stop spirit.”

Getting safely to New York City presented its own challenges, with wheelchair assistance necessary at the airports in both Edinburgh and New York. Kira sat with her mother on the plane, wearing surgical stockings to assist with the circulation in her legs and minimise the chance of blood clots.

“Both of us were more excited than nervous about what was to come,” said Aud. “It was also our first visit to New York City and there were plenty of typical tourist photos taken. We met the staff at Sloan, got Kira settled in and three days later she had her operation.”

“I didn’t want to get my hopes up in case my New York surgeon couldn’t manage to get it out,” said Kira.

“My mum kept telling me how skilled he was. That was encouraging, but in the back of my mind I was slightly nervous.”

Not so her mother.

“I had total faith in the skills and knowledge of this wonderful surgeon. He’s a very humble man who I haven’t named because I don’t think he’d be comfortable with the media coverage. But I believed in him and had huge faith in his abilities during the nearly seven hours surgery lasted.”

Aud and Kira, still in New York, are very conscious of those they’ve left behind in Edinburgh – Kira’s dad Ronnie, her brother Kyle and dog Milo. But Aud was never alone during the long hours of Kira’s surgery.

“I moved around within MSKCC and was with many different people, never alone. They have a fabulous system where the parent is constantly updated on how surgery is progressing. I was so calm my mood was actually serene. A reporter from Edinburgh called during Kira’s surgery and I told him of my unfaltering confidence in this amazing surgeon.”

When the operation was over Aud was called to a room to meet the surgeon. His first words to her were a comforting, “She’s absolutely fine.”

“I loved the way he delivered that message and then went on to say he got the tumour out. Such glorious words. Four-and-a-half years that tumour was stuck inside my child. What a wonderful feeling to know this world-renowned surgeon removed it. He’s my hero forever. I’m so grateful for his unsurpassable skills in resecting challenging tumours. “

Kira’s treatment isn’t over yet. An MRI scan has been requested by her Edinburgh oncologist. Further measures will be taken to ensure any microscopic neuroblastoma cells are dealt with. And there’ll be another round of chemotherapy in Edinburgh on her return, with further treatment under discussion by the MSKCC and Edinburgh teams.

Kira wants to reach remission and get back to school. She wants to be with her friends, be a teenager and enjoy life out of hospital.

Before she was diagnosed she played netball, basketball, football and tennis. She participated in street dancing, cheerleading and swimming – all while carrying a huge tumour.

During her treatment, hobbies were restricted to reading, watching TV and social media, which she embraced with her usual enthusiasm. It’s time now for her to get back to normal teenage life. Top of her list is a family holiday, something the Nobles haven’t been able to enjoy together for five years.

She’s not joking about planning to be a professional wrestler. She’s always loved watching the sport and knows now she has the determination and spirit needed to succeed.

“Never in our wildest dreams did we think the lovely public would take our fundraising to such heights’” says Aud.

“The kindness, drive and determination were tangible and we’ll treasure and cherish it for the rest of our lives. My hope is everyone involved in this campaign will see how the ripple effect of a community pooling its resources can be phenomenal.”

There have been some very dark times over the past four years but Kira and her family are convinced she has a new chance of life.

“There’s a George Bernard Shaw quote that sums up everything so far and continues to inspire us. ‘You see things and you say ‘Why?’ But I dream things that never were and I say, ‘Why not?’ “ 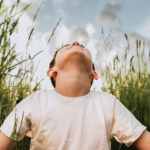 6 Important Things To Consider When Choosing A Babysitter

Rebecca Parsley
Before we all started moving around so much, people depended on other family members when it came to ad hoc childcare. There was generally... 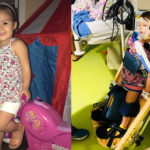 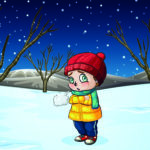 How to Dress Children for Cold Weather

Jessica Gray
If it is cold where you are, and you have small kids, you may be wondering just how to keep kids warm properly. It’s a...