From week 21 of the pregnancy, Logan was always fighting against the odds.

My pregnancy had been normal so far, but then I started bleeding. The doctor told me it was a subchorionic hemorrhage – it was quite common and should heal on its own.

But it didn’t, and I was admitted to hospital. They wanted to just sew me up, but my waters broke and they discovered I had an infection. So they had to act fast.

The doctors warned me Logan had just a 1% chance of surviving birth. The age of viability is 24 weeks, and she wasn’t there yet. We were asked if we wanted to hold her after she was born so we could spend time with her until she passed away. We were distraught. But the 1% chance was worth a try – we asked the doctors to save her.

On the seventh day, Logan suffered a traumatic brain bleed and passed away peacefully in our arms.

At 22 weeks and 2 days, Logan was delivered. She was the youngest baby ever born at that hospital. Weighing just 1lb 2oz (510 grams) she was the smallest, too.

Logan easily made it to six-days-old, responding well to all treatment. She even started taking breast milk in her feeding tube. But then, on the seventh day, she suffered a traumatic brain bleed and passed away peacefully in our arms.

My husband, Ben, and I were heartbroken.

Losing Logan was obviously a major shock. Delivering so early was unexpected as we already had two healthy, full-term babies – our two-year-old daughter, Leighton, and Landon, our nine-year-old boy.

When we came home it was very hard. Logan was going to share a room with Leighton – we already had her name on the wall in wooden letters and her clothes in the closet ready for her.

Seeing those little clothes we had ready and hung in the closet that Logan will never get to wear.

Even the bathtub had a painful reminder where I had written the kids’ names ‘Leighton, Landon and Logan’ with a bathtub crayon with my 2-year-old a couple weeks earlier.

It was such a deep sadness after losing Logan. Ben and I took the kids to Florida a month later to escape the everyday reminders, although we still thought about her every second. Landon was sad but kept to himself about it. Leighton was very confused and upset.

I run an in-home daycare service and Leighton would become jealous of the children with infant siblings, saying she wanted baby Logan back. That just tore me apart. I felt so much guilt – I really wanted to give her a sibling, especially a sister.

In May, I found out I was pregnant again. I secretly hoped my rainbow baby would be another girl.

We had a children’s book made to explain to the kids about Logan being in heaven but still being part of our family. Leighton broke down in tears after we read it together. I couldn’t believe she really understood it, but she did. Her reaction was heartbreaking. Out of all of us, Leighton seemed to feel the loss the most.

Then, last May, I found out I was pregnant again. I secretly hoped my rainbow baby would be another girl and we were blessed to find out it is.

As we were approaching our due date we were all very excited and eager to meet our newest family member.

My daughter had been waiting for a little sister for over a year now; she was still a little confused about losing Logan and desperately wanted a baby sister.

When I became pregnant a couple months after Logan passed we were able to tell her she was going to have another little sister. She would ask me daily when her baby sister was coming.

I was very anxious and tired of being pregnant. I had been waiting for a healthy baby in my arms for a long time. We were told that our little girl would be small due to a possible growth restriction.

Ben was anxious as well as our last pregnancy had turned bad so fast. We also felt we couldn’t be sure we would have a healthy baby girl until she was finally in our arms (Ben was tired of me being pregnant too and listening to me complain the last few weeks!).

I was worried that when I did go into labor I would have a panic attack, being back at the same hospital that we had lost our daughter at less than a year ago.

But when the time came at 2am, two weeks before her due date everything about the delivery was very peaceful.

We delivered our daughter 2 hours after getting to the hospital, exactly 11 months after we had Logan.

We love our new baby girl. But we will never forget Logan.

Logan never did cry due to only being 22 weeks. We were also unable to hold Logan until she was in the process of passing away, so when the nurse placed Elliott in my arms right away it was an amazing feeling.

Having Elliott home with us these past few weeks has been wonderful and still doesn’t feel real. We are all so in love – her brother and sister adore her and we look forward to watching her grow, learn and play in the days to come

The nights with a newborn are exhausting but I am so grateful for them. I longed for these nights when I was up crying with empty arms. I don’t think I took my two oldest children for granted but each day with this new baby is a gift. I feel so lucky to have her, it doesn’t feel real.

We love our new baby girl. But we will never forget Logan. 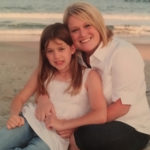 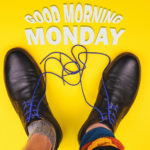 Kirsty North
Aaah, mornings. That precious time of day when you find yourself hastily cramming a piece of toast in your mouth and slurping on a... 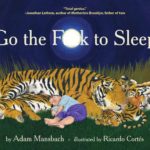